The Health Benefits Of Kombucha 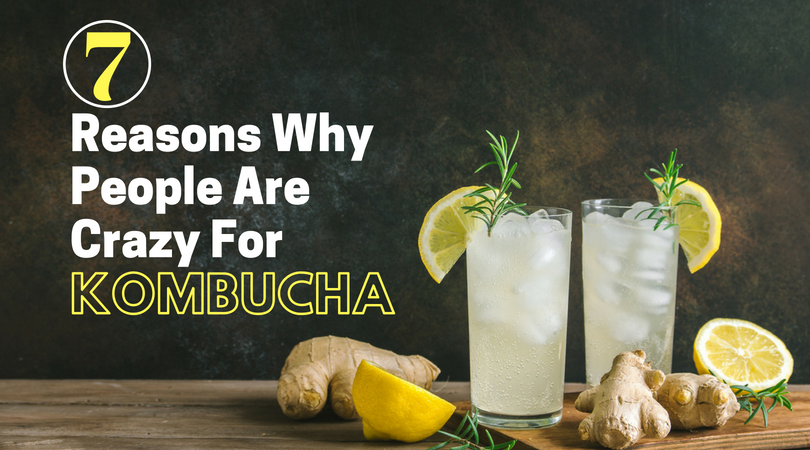 Kombucha [kum-boo-cha] sounds like more of a dance than it does a health drink, but who knows? Maybe you’ll be dancing after you read this. We’re all about promoting things that are good for you, so we thought we’d jump in on the conversation swirling around this popular tea drink that’s taken over the wellness world.

What exactly is Kombucha? It’s not anything new, at least to the modernized western world. This ancient Chinese elixir was used for all sorts of health benefits, including fighting inflammation. Today, we know it as a fermented fizzy tea drink made with sugar that has all of the characteristics of a tart apple cider….IF it were poured from an old boot. Ok, to be fair, a lot of people like it but many reviews claim it’s a little vinegar-y and has an unpleasant odor. I guess you could say it’s an acquired taste. The good news is, you can make it yourself with a variety of flavors or pick some up at the local grocery store.

So why all the hype? Kombucha has a special ingredient, and by special ingredient we mean bacteria, that is a probiotic similar to that found in our intestines to help us fight off infections. PLUS, Kombucha provides several other health benefits that we just had to share.

Let’s recap. It smells and it may taste a little tart, but the pros FAR outweigh the cons of this healthy tea drink that people can’t get enough of. No wonder people are going crazy for Kombucha. If you have any questions about natural solutions for fighting inflammation, give us a call and maybe we can talk about it over a cup of Kombucha.

The post The Health Benefits Of Kombucha appeared first on ChiroPraise.